This property is located in the Golfing Residence of Aphrodite Hills In Paphos.

Aphrodite hills is a private residential development that was created and built by developers, there was also other construction companies that purchased plots and built houses, this helped with the expansion of the development that has since grown in popularity with foreign and local investments and investors.

This led them to look for a product that could be installed offering slip resistance but also with long lasting durability, and RezTred suited that requirement.

The area RezTred was installed was hazardous as the transition from an anti-slip tile which was rated as R12, to the granite at the edge which was extremely slippery, it is situated at the rear of the house on the Patio which is by a pool.

“We turned up to the site only with verbal visualization of the scenario that we were going to be up against, I had with me Stencils that we had made locally and a load of masking tape. We figured that with the age of the children and the size of their feet what kind of distance and coverage that it would need, at the nose of the steps we used the twin 1cm line and at about 15cm behind we used a single 1cm line, people in general tend to walk on the edge of steps” 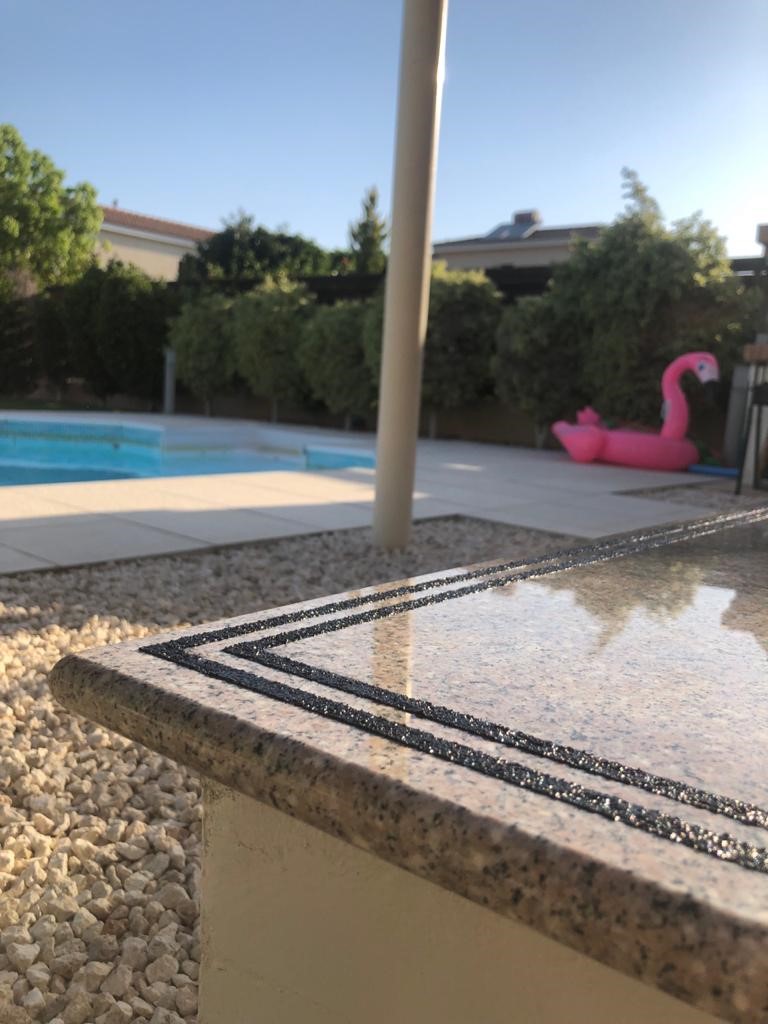 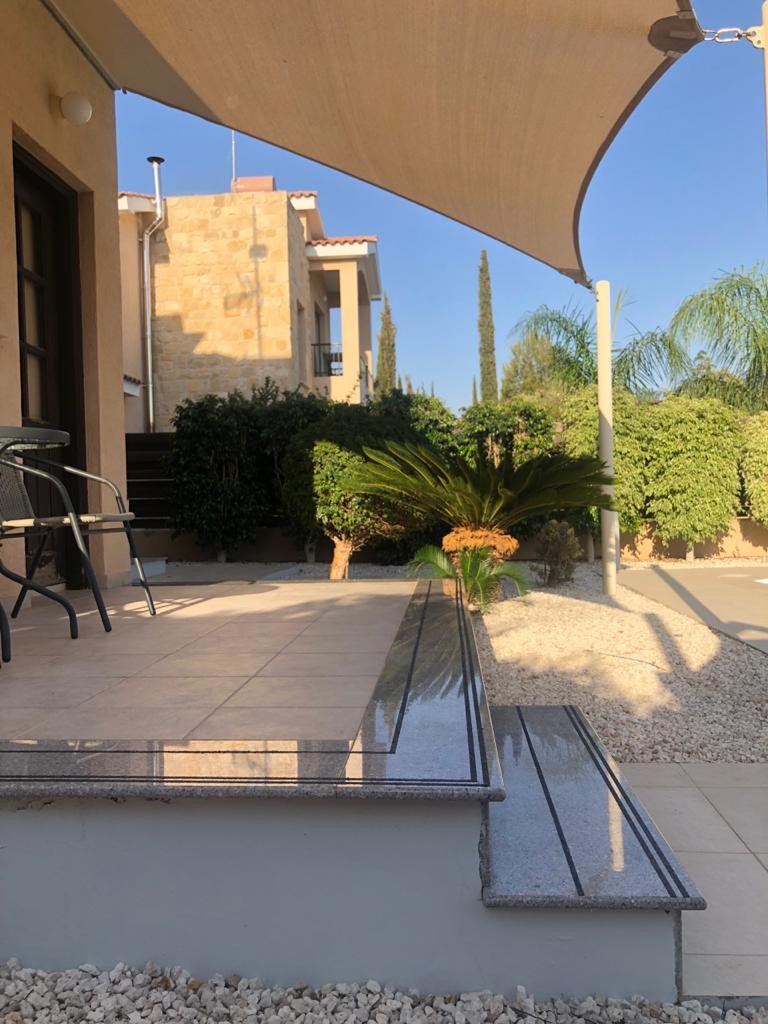